When you were 10, what did you want to be when you grew up? What are you now? Are the two connected?

Oh pshaw on that… I knew what I wanted to do for a living when I was 6 years old.

I wanted to fly my own space ship. 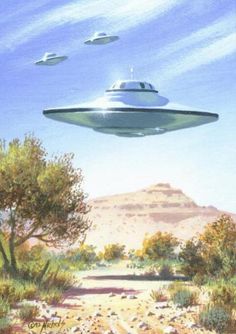 I wanted to Invade Alien worlds- I wanted to get into dog fights with other spaceships and I wanted to steal their stuff…indeed I guess what I wanted to be was a Pirate. 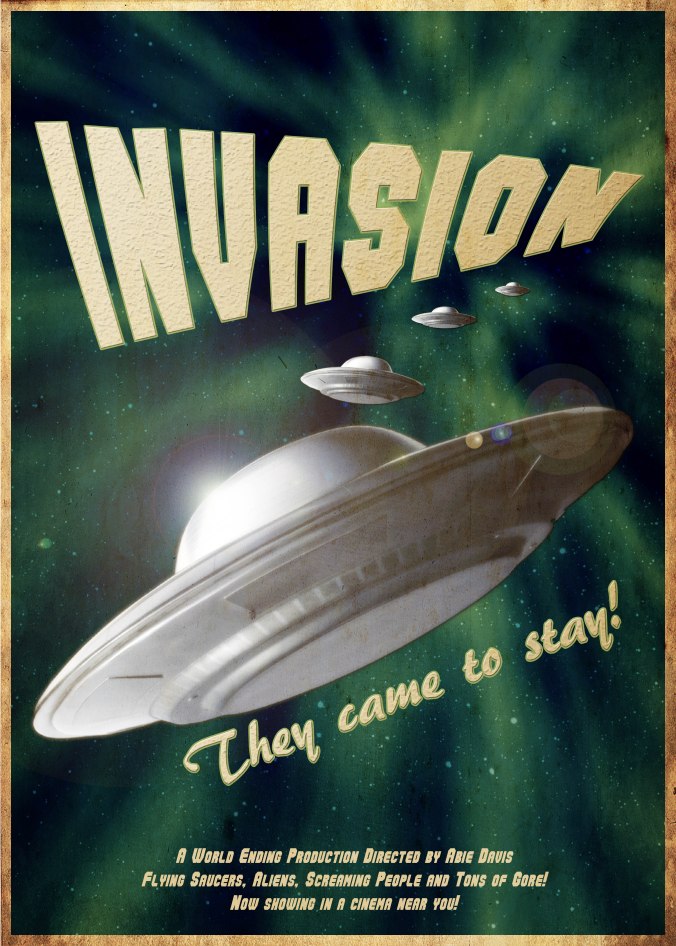 But after falling in love with Captain Kirk I tapped that back and decided I would rather explore Alien Worlds.

Alas, what true love can do to a Warrior’s Dark Soul with just one gentle look.

I’ll be honest though.

When I promised to be a ‘good guy’ I had my fingers crossed behind my back. 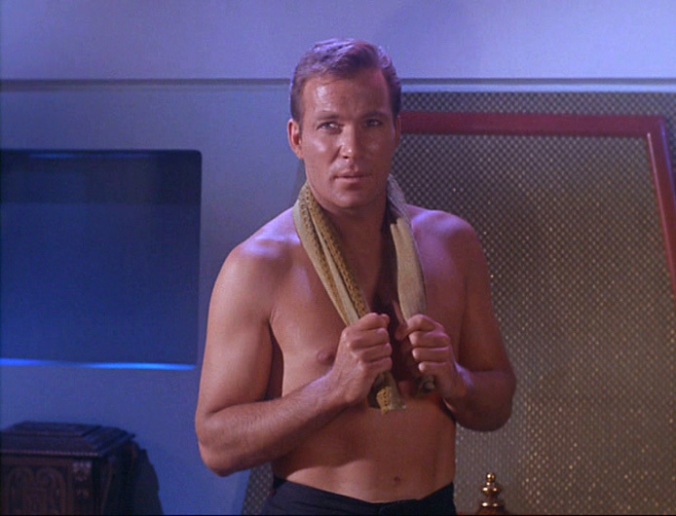 I also decided, at age six that I wanted to live in Transylvania, maybe kill a monster or two ( though my sympathies changed after I became a Vincent Price devotee ) who probably lived somewhere near my castle where I would dock my spaceship .

For some reason  was positive that Witches and Vampires wanted to steal my Spaceship. I can’t explain why, it’s just an idea I had.

I wasn’t sure how you could dock a spaceship over a castle so I came up with a plan.

I had decided I could make an  anchor and chain out of the remains of the spaceships I had destroyed in my battles- I just knew I’d be really really good at doing  that so the chain and anchor would be really, really long.

I figured my super nice husband couldn’t follow me around all day because he had to go exploring- probably on the other side of the Universe where I wouldn’t be and I could rob other spaceships and he’d never know what his wife was up too.

When we would leave for work in the morning and saying goodbye I could see that chain  leading up to my spaceship and my husband telling me to have a good day.

And I’d laugh and say I sure would.

I was such a rotten kid. 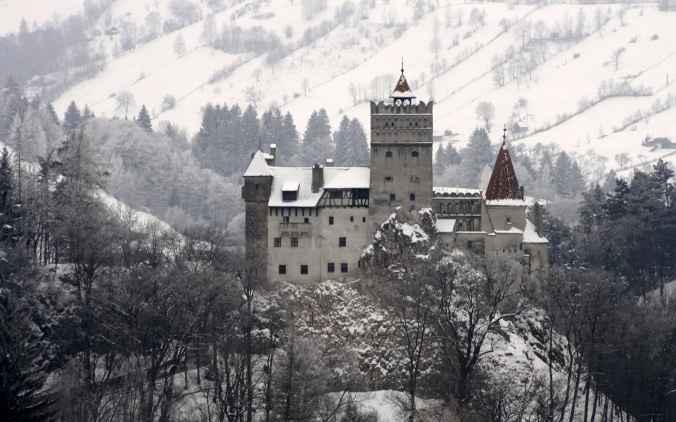 I never joined NASA, or the Army or The Hell’s Angels.

I actually worked in Funeral Home and I was a Musician. I traveled and I kept doing what I had started to do soon after I learned to read.

I think my life plans that I came up with when I was six years old taught me a lot for what I would go on to do as I got older.

I learned to be daring, I learned to think outside the box and that anything  in life is possible for better or worse.

but one thing you could count on- it could be a lot of fun.

And it has been. 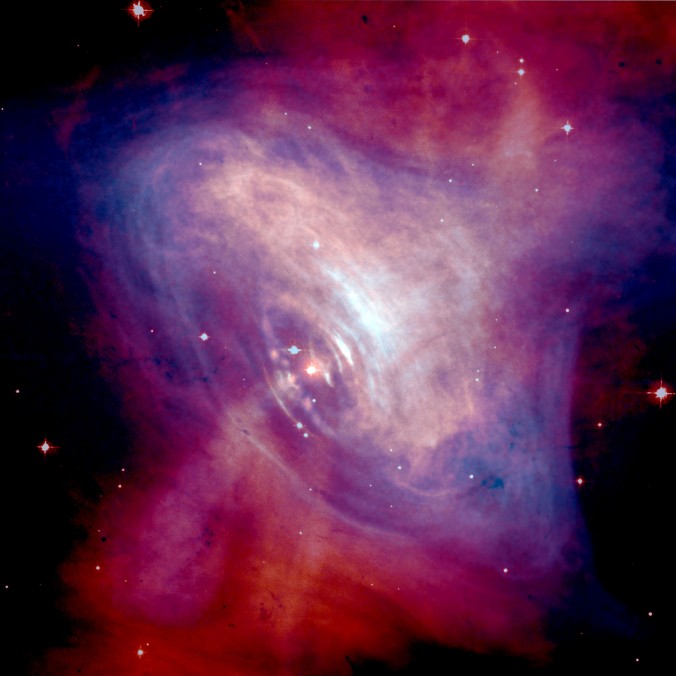 The Christmas Season Is Now Upon Us.

Let us celebrate in song and

Sometimes, we all need a break from these little glowing boxes. How do you know when it’s time to unplug? What do you do to make it happen? 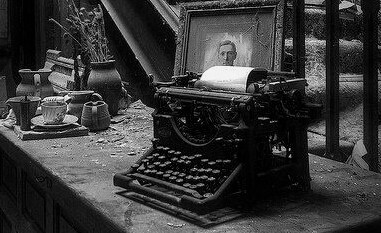 I’ve been known to unplug my phone because I do believe it’s dangerous and I don’t know how to put it down and leave it down.

I use it as a way to avoid people, unwanted conversations and to look at pictures of my dog, Hamish Macbeth.

I like to do that whenever I’m in a rotten mood- which for the most part is most of the time  since my dogs died a couple of years ago- followed by family members and a friend.

And of course Facebook lives on my phone, it’s taken possession of my phone it probably needs an Exorcism.

My brother told me just to kill the App. 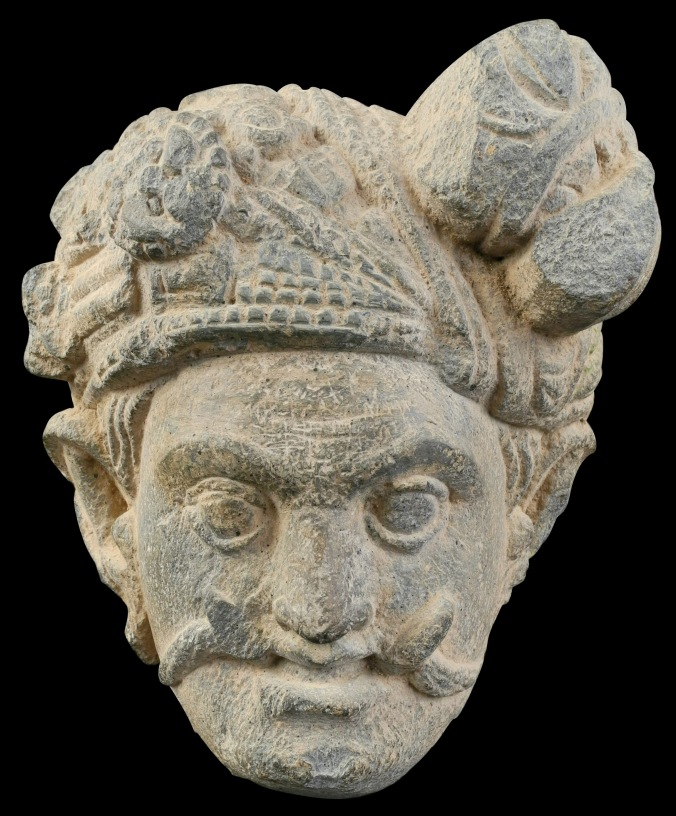 When  it comes to my laptop, how do I unplug from that?

I write on my laptop, I listen to music on my laptop  I actually work on it and for the most part it  aides me in my writing.

Plus my handwriting looks like I’m armless and probably hold a pen in my mouth so I don’t keep handwritten journals- which is a shame.

But there are times when I travel- and on all of those trips I take my laptop with me.

Stories have popped into my head when I’ve heard a name or caught a scent of food or rotted wood and I need to sit down and get it out because when that happens I don’t get part of the story- I get all of it.

So I have to be ready to go.

I love to write, I love to see what other people are writing and sometimes I like to go looking for pictures to use on my blog and in doing that I run across all sorts of cool information.

Like once I learned that there this forest in Japan infamous for the number of suicides that are committed there.

What happens there is very specific- people hang themselves there from the trees.

But for the most part: 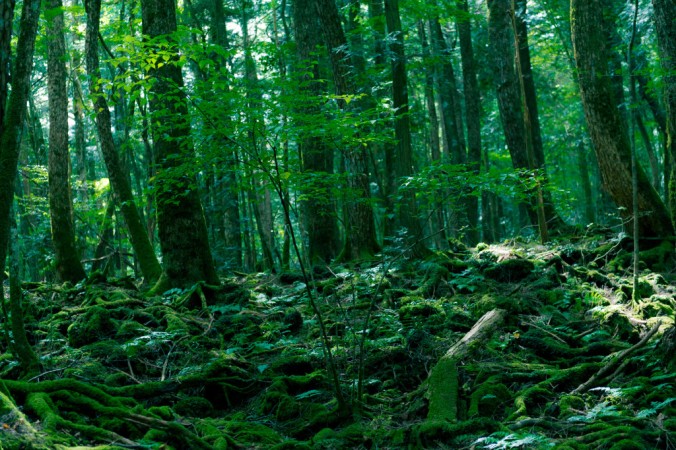 I’m not sure I’d ever write about Aokigahara, but it’s story has creeped into my bones and I’m sure that one day it will find it’s way out again, 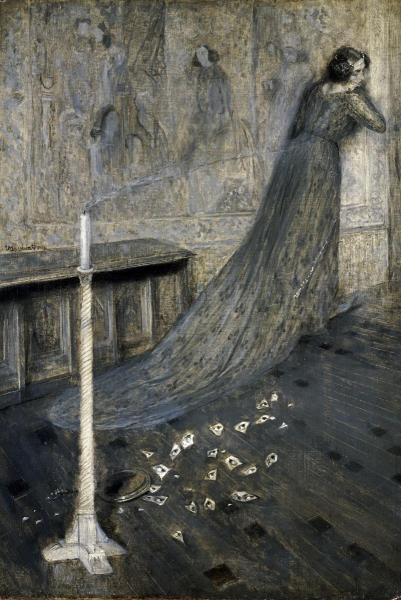 Once it occurred to me that if my Laptop were alive, it must feel like it’s living in a nightmare it can’t wake up from.

The stuff I write and the things I save on it are pretty morbid so I almost unplugged from it once because that thought came out of nowhere and it bothered me.

But I got over it.

It probably has too. 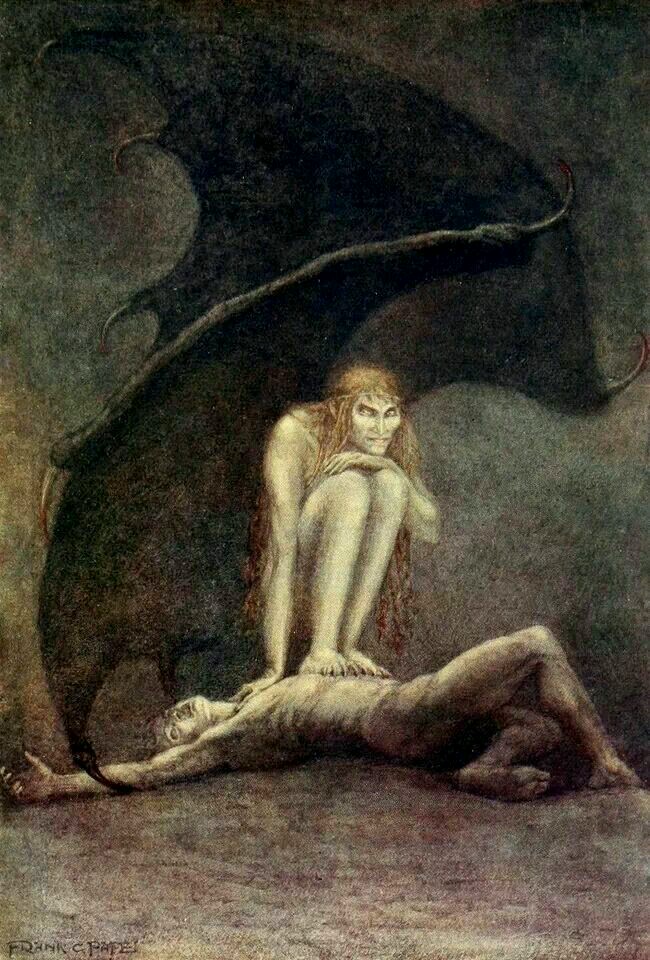 Tell us about a time you found out after the fact that you’d been mistaken and you had to eat a serving of humble pie. 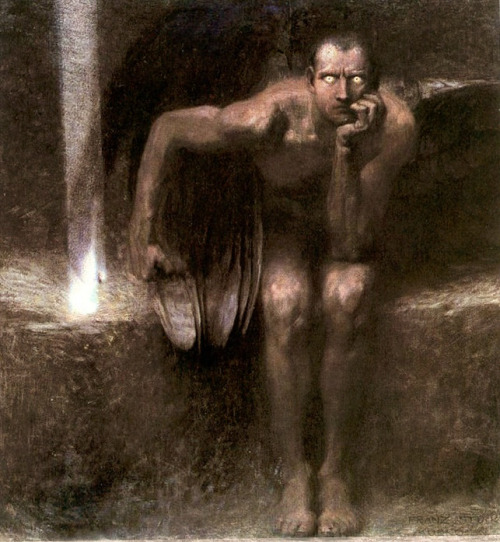 Hmmm, how do I answer this…when the last time I ate Humble Pie or had it very nearly  rammed down my throat with a backhoe?

I have chosen to live a life where being right is ALL THAT MATTERS, WINNING ALWAYS MATTERS, IF YOU ARE WRONG THEN DIE! DIE! DIE!

There is no coming back from being wrong  in the Universe I live in.

Pronounce a word wrong…nose slap, wear the wrong color, shame on you! Support the wrong candidate- OMG if you lose  you have to show up on your knees on election night and apologize for being such an idiot for NOT SEEING THE LIGHT.

So when do I not eat Humble Pie?

When am I right?

When you are surrounded by people who need to be right at all costs and you will never win  and frankly it doesn’t really matter anymore  so you spend a lot of your time smooshed on the road to Self Righteous and Smug all you can do two things:

I’ll be damned if I eat anything I don’t want to.

So when was the last time I ate Humble Pie?

Who was the first person you encountered today? Write about him or her.

I don’t mind catching the bus to work early in the morning.

It’s quiet, most of my fellow bus commuters are either asleep or on their phones or pretending to sleep so they don’t have to talk to the  person they’re sitting next to.

That’s fine with me.

But at my bus stop there is this person who thinks, I kid you not, that I am mentally disabled.

She’s mentioned it to the other people- who are actually friends of mine from the neighborhood  that ” The ” brown lady ”  is nice but sort of-” and then she taps the side of her head and says ” not very bright.”

I had noticed she’ll ask me a question and then answer it before I’m done. She talks really loud and slow and if anyone asks me a question directly she’ll answer it.

I couldn’t figure out what was going on, but my next door neighbor told me because she was going on about my obvious lack of intelligence and they were creeped out by it.

Eventually they stated getting to the stop just before the bus showed up to avoid talking to her.

That’s why, I learned I was alone with her so much.

A person who thinks I’m mentally retarded and will tell anyone who will listen to about the Retarded Lady she catches the bus with. 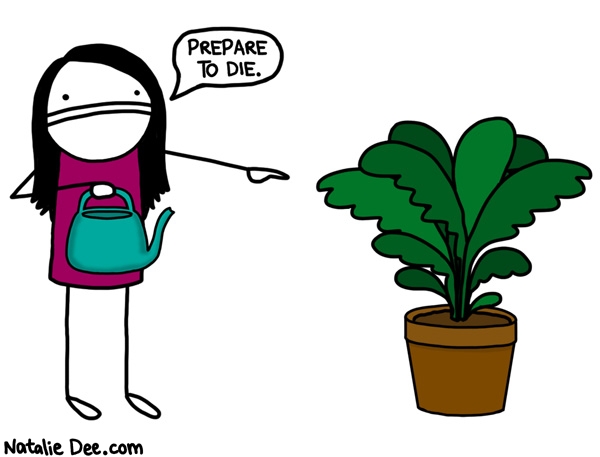 But I do it very well.

The down side is,  if there’s a Hell for people who kill innocent houseplants, I’m going there one day and there ain’t no saving me from it. 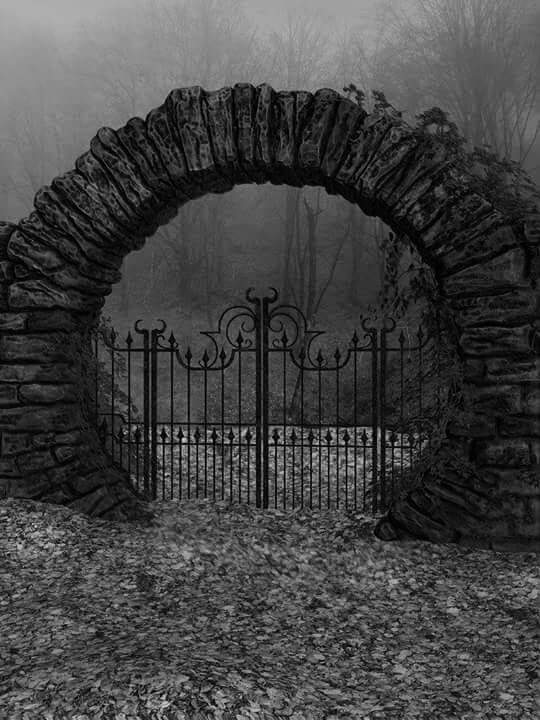 It wouldn’t be so bad if I had stopped at the first Venus Fly trap and Jade plants I murdered, but I went out and continued  to buy one after the other and in no time at all they’d be dead.

I had certain kinds of plants I’d prefer and never bought any other kind and I even escalated, got sloppy and I’d go to a nursery and buy a random plant- sometimes a couple of them and in a month they’d be gone.

I hid their remains in a compost heap and they’d end up in my Herb Garden.

My Herb Garden not only thrived- at one point it took over most of the front yard. I suspect my Herb Garden was like my partner in crime.

And it benefitted from my bad behavior.

No doubt about that.

I never harvested anything from that garden.

Had I cut any of those plants I’m sure that it would NOT have been appreciated.

I’m sure that would have cost me.

Do I really want you to do what I do?

No, of course I don’t want that but I can’t stop you from trying.

Just do me and my Herb Garden a favor.

Stay out of our yards and we’ll stay out of yours.

We don’t need the competition. 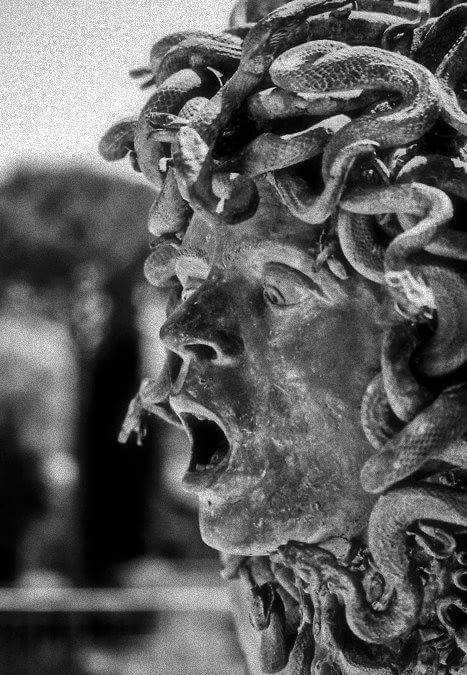 I Can’t Stay Mad at You

Do you hold grudges or do you believe in forgive and forget? 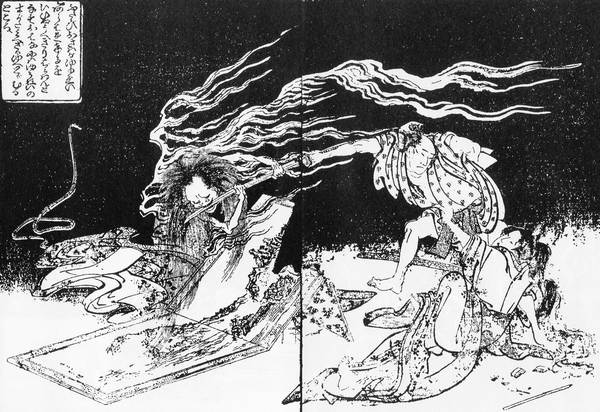 Anyone can forgive, some people can forget. I’m no exception to that.

Hold a Grudge though?

You bet- until the day I die.

Maybe even beyond that day. 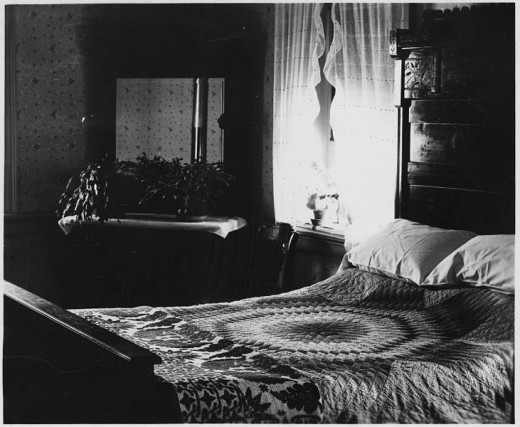 I have this theory- when we wrong somebody we create a monster. It lives in the head and heart of  the person you hurt until there is no head or heart for it to live inside.

When that place is gone,  it goes looking for a new home, something dark and fetid and familiar. It goes back to  it’s creator because there’s no place like home, is there?

It’s going to come home to you eventually in all of it’s glory.

I guess that’s holding a grudge in a big way, but you reap what you sow- and if you’ve sown a Wicked Garden, poison plants are what you harvest. 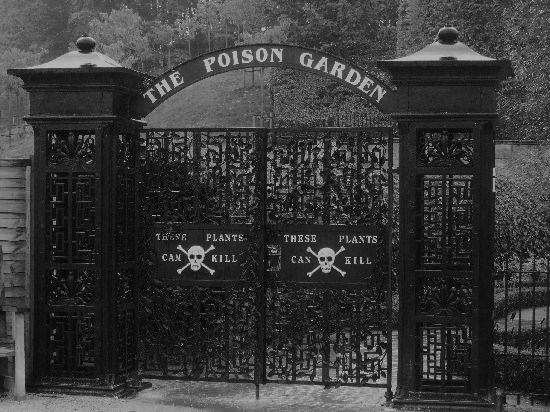 When I’m long gone I guess I’ll come back as one of those Ghosts with unfinished business- looking to right the wrongs I feel I suffered in life.

But in theory I have all eternity to spend with them.

So that means I have all the time in the world to settle a few scores, right a few wrongs.  I’m sure there a few basements and attics, closets with screaming hinges and dark corners just waiting for me to take up residence.

So the answer is yes:

I do hold grudges and I look forward to working through them with anyone who goes there with me …one at a time…for as long as it takes. 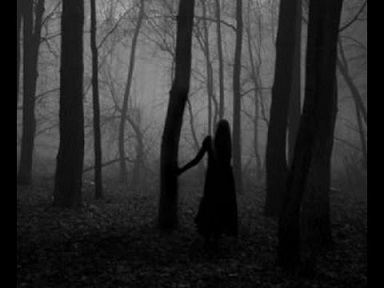 Hamish' and his toys😊

MY ENDURING BONES
Blog at WordPress.com.