The writer was told this story by her Aunt and I happen to love the way she wrote it. Enjoy!

This story is loosely based on a story that I have grown up hearing (in spite of the fear of ghosts, I begged my aunt to tell me horror stories, and then refused to go to the loo alone). My aunt told me this was a real incident that happened in the family, but I can’t be sure she wasn’t just making it up. There is a popular belief (or superstition depending on the viewpoint) in my part of the world that women and girls should not leave their hair open after dusk; you may want to remember that while you read this story.

When Shelley was fifteen, she had hair that reached her waist. Girls with long hair were traditionally forbidden to keep their hair open, especially after dusk, but Shelley wouldn’t listen to any of…

What commonly accepted truth (or “truth”) do you think is wrong, or at least seriously doubt?  Why?

When I started to write again I joined a few Writing Groups.

One was a mixed bag- various genres and there was almost an equal number of male and female writers.

I liked that group. It was supportive and competitive- not so much with each other but when we read our work you know we were working to take the room over, which is good. We were competing more with ourselves then each other.

Then I spent some time in a women’s group.

Cheese and wine and poetry and writing about deep feelings  were involved.

For this group I got dressed up.

I didn’t focus on my horror writing which was ok, but when I went for straight up drama or journaling  and read what I wrote I felt like I was going for a job interview.

In my other group I went straight from work and I work in a warehouse.

Dust and Pringles were involved.

I read whatever I had been working on that week.

What I found interesting was that in the Women’s group I got  criticism  where the listeners felt obligated to tell me before the offered their advice  where they went to college.

I’m firm on this:

” I’d have done it this way “is not a criticism.

It felt like they were taking my story and making it your own. It was like watching someone flirt with my husband.

So I started to wonder about this concept about ” women helping women” thing.

The best advice I got was from my mixed group, I’ve worked in what were non-traditional fields ( Funeral Industry, Warehouses) and at the time there weren’t a lot of women doing that work.

So I wasn’t helped or hired by other women.

I was hired and mentored by men.

On one hand I understand that when you feel secure you don’t mind holding that door open or giving the advice because you’re feeling good about your position.

So I’m wondering, is this idea about women helping women and ideal we’d like to accomplish?

Or should we be helping and encouraging each other no matter what sex we are?

When I meet other writers who excite me I don’t care if they’re men or women, young or my age. I want to read them, engage them and encourage them.

Shouldn’t it be that way? 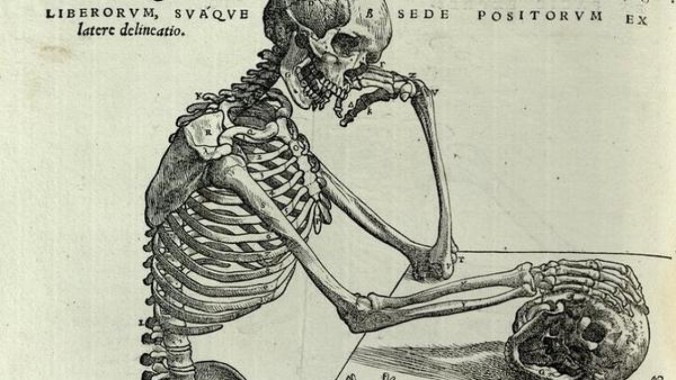 I’ve learned some valuable things about the world from being a Mortician and writing Horror Stories.

Here are a few of them: 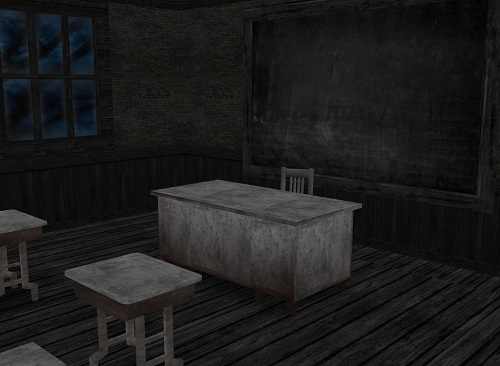 Dead men do tell tales, they tell them all of the time.

You just have to be willing to listen. 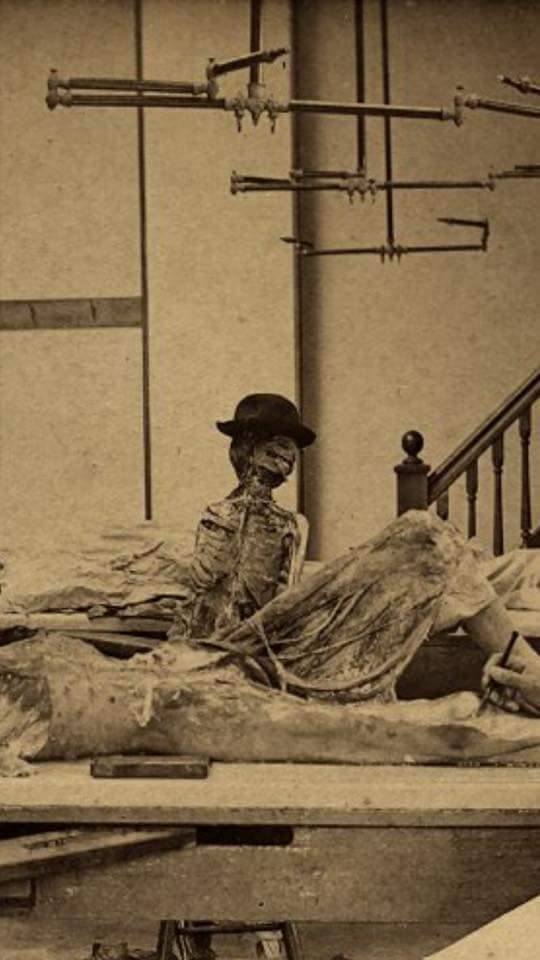 Horror Stories are like Love Stories minus the pretense.

I hate The Lord of the Ring Movies…I’d rather watch a Twilight  ( the tween Vampire movies ) Marathon then sit the Lord Of The Ring Movies. I’d rather shove a fork in my eye. There’s no reason for that to be on this list. I just felt like putting that here.

When you’re embalming bodies you get super thirsty. So drink a lot of water before you embalm. I’m not kidding. 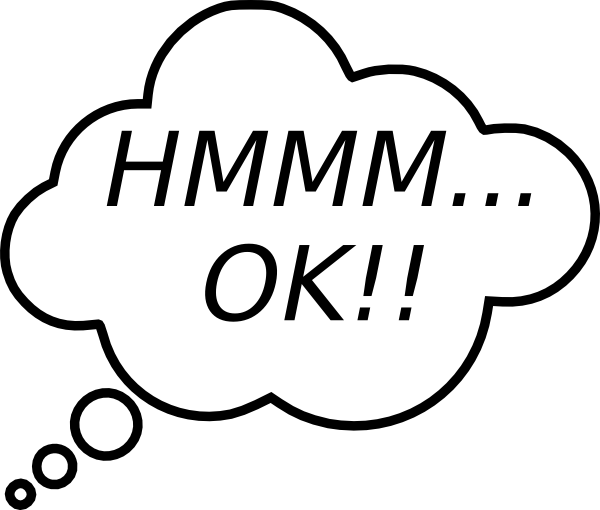 When I write a story about Death, or The Devil or Cannibals I get my best ideas after watching shows like Cake Wars or Chopped because the contestants on those shows would take their Moms down for that Ten Thousand Dollar prize. 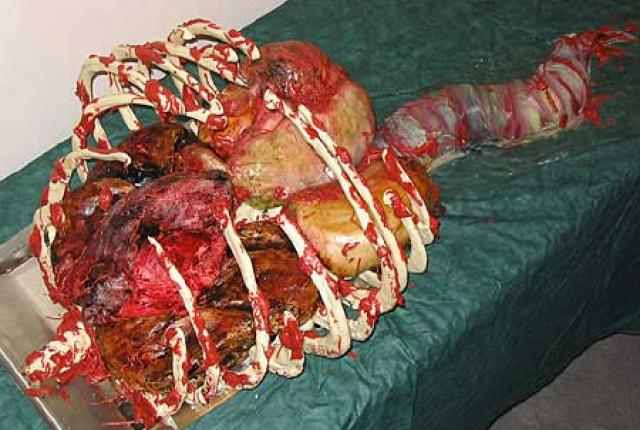 Never, ever write about the Dead if you have a funeral background. It’s unseemly.

The living are fair game.

I’m sorry, but I’ve learned this to be  true:  If you’re writing a horror story and you’re not laughing  I’d say you’re not connecting with your writing. How can I say that? Come on. You’re getting away with murder or something anti-social or wicked

Even if it’s just in your head.

I listen to Tom Waits  before I write. Sometimes ABBA. Does that surprise you?  That’s probably why I can do the same when I write.

I wish I could come on here and write some deeply moving tale about why I write, but the bottom line is I learned to tell stories and write them because I liked the attention.

In my Mom and Dad’s family everybody had a talent- they could sing or play an instrument or paint or draw and a couple of them- both of my Grandfathers in fact- could tell stories.

No matter how good the food, how fine the wine, how wonderful the music when it came time to tell stories the storytellers owned the room.

In my mind there was nothing better you could do or be then that.

Both of my Grandfathers helped me learn how to tell a story- all the way from how to stand or sit and when to make eye contact with my listeners  and to always, always weave something from the moment ( something someone was wearing, the color of the room, anything ) into your story.

They also both agreed on one thing- ghosts always made the story more interesting so at least work one of those into your story no matter what.

That’s a challenge- the first of many as I writer I would learn to take on- and most of the time I won.

It was funny, my Grandfathers never really knew each other- they lived in different states, came from different countries ( Canada and the Philippines ) had different temperaments and I couldn’t tell you if they even liked each other but when it came to the story telling and me wanting to do the same they were on the same page.

They were both so proud when I was reading by the time I was eight years old, writing by  nine, and what was I up to they would both say, ” she’s a writer”

They said it before I did or anyone else for that matter. So when it comes to that question, why do I write-  am I really a writer?

I write  because my Grandfathers said I could, that’s why.  And if they were here they could tell you all about it and you’d soak in every single word. You’d be eating out of their hand.

That’s what I want to do every time I write…for them.