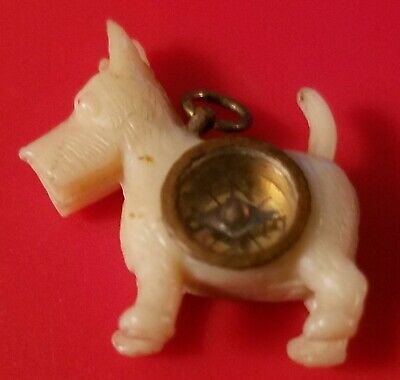 Iain Bates has been murdered.

Some people collect coins, other people collect art,  back in the day my Grandma used to collect recipes that she clipped from magazines and kept in a pink hat box with flowers artfully embossed on its sides. I think there were cupids flying around the lid. I honestly don’t remember.

Let me tell you about the oddest- not the strangest- but the oddest collector I have ever known.

His name is Iain Bates.

Iain Bates collects death the way a few people kill and mount butterflies.  but Iain Bates is for the most part the nice guy who will let you walk through the doorway first even if he has to stand out in the rain with no umbrella and you are carrying one which means he has to stand there getting soaking wet while you put your stuff away.  He is the kind of guy you could trust to feed your cat when you go on vacation-  Iain would never collect anyone else’s death.

That would be bad manners, so  Iain collects his own deaths.

Among his many murders, Iain has been shot by a three year old who found a gun under the seat of his parent’s car as Iain was walking by with his dog,  Scooter. He has been eaten by the notorious cannibal / serial killer Julian Frick and once he was shoved in front of a train by persons unknown.

I know all of this because I am the receptionist and  Leaning Birches Funeral Home and Cemetery and nothing goes on here without my knowing about it.

Yesterday Sunny Longyear, whose family owns the Home,  was at her desk that faces a blank pale beige wall.  All she had to stare at was her phone and she  trying to pretend she wasn’t staring at her phone when I looked over at her.

” For what Mavis?” Sunny asked.

I’ll have to hand it to her. She’s pretty good at throwing on the ‘ huh what are you talking about face’ on cue. On the other hand, she’s been a Funeral Director for over half of her life so mastering the art of facial expressions comes natural to her.

” For our appointment with Mr Bates. ”

” You mean my appointment with Mr. Bates.” She said darkly.

” Why don’t you pass him off to that  our new Apprentice who is it, oh yes. Your cousin Hamish. Or maybe your Aunt will take care of him.”

” I went through the roster last time. All eight of them said no. No. They all said they’d rather eat rat poison sprinkled  over  a sautéed batch of Destroying Angels nestled on top of a steak riddled with mad cow disease  then work with Mr. Bates. They mean it too. They would. And they told me I’d be all alone at Christmas eating a frozen turkey meal for one that  you microwave and the stuffing always dries out around the edges no matter how carefully you stand there and watch it.”

Sunny poked at her phone with her finger. ” Go on. Ring.  Yeah. I can’t believe they’d curse me with a rotten microwave meal at Christmas.”

She had pushed her chair back from her desk and began twirling herself in slow circles. ” I mean, would you want to know how to get murdered and come back over and over again? What kind of messed up photo gallery does he have on his phone? It’s probably full of pictures before of him at the beach with his dog before  got run over by that woman who thought he was her husband, or there’s probably some of him at a birthday party  before Mr. Cranfield  killed him for his eyes. And think about it.  Can you ever get rid of the taste of embalming fluid out of your mouth?”

” I suppose I hadn’t thought of that but I do wonder about one thing. You’re there with him after he’s died. So  what does it look like. That thing he collects. His death.”

Sunny stopped twirling. She pushed herself over to my desk and looked around the room to make sure no one else was around. ” You know those prizes that you get in Cracker Jack Boxes from the old days? Those little plastic toys?”

I wanted to nod but I couldn’t.

” They look like that, only not as well made.”

” So, when  you die your death turns out to look like a cheap toy from a box of mummified caramel corn?”

I was stunned. I don’t do stunned. Ever.

” Mr, Bates made a deal with heaven knows what so each time he is murdered, he gets a little plastic toy. His favorite one is a little dog with a compass stuck to it’s side. But he thinks they’re  all great. He keeps them in a Tupperware containers.

” He goes through so much for so little.” I said with more regret in my voice then I intended to express.

Sunny who is probably the only one of us to see Iain Bates Tupperware container full of plastic charms and toys- and has not only seen, but touched what he’s  gone through to get them did not agree with me.

The phone rang, Sunny slid herself to her desk and she went to work.

4 thoughts on “Iain Bates Has Been Murdered. Again.”