Photo by Negative Space on Pexels.com

The first time he ever saw her, she was standing on the corner by a Stop- N- Go drinking a soda from a glass soda bottle. Her hair was loose and she was wearing a pink and white stripped shirt.

That moment had happened so long ago but those minutes stretched out for years and there was never more then five minutes when he wasn’t there with her.

” Is this really all for me?” he asked her, just as the Sun was about to fall.

She rested her chin on his shoulder and nodded. ” Every square inch. ”

He started to step away from her and she lifted her chin up and let him go. ” I can’t believe you came all this way to give me that.”

He had slowed his car down and one of his friends had waved to her and she stepped off of the curb and smiled as she walked in front of them. The Soda bottle was only half full and her hair was so long and so dark and that minute she was in front of them  became a lifetime.

” I’ve thought about you everyday and that first time I saw you. ” he told her ” And now your here. Giving me this.” His voice caught and he turned around and reached out to her.

He thought about his wife and daughter for a second, but it was only for a second. ” What have I done to deserve this, to deserve you after all of these years.”

They were standing over his open grave, the one he would shortly be buried in and she said, ” you ran me over and left me for dead, that’s what you’ve done to deserve me now. And you’re going to deserve me for a very long time ” she promised.

They lowered his casket into the ground and at his graveside his wife and daughter cried, as they had been for several days now at their unexpected loss.

Next to his family, one of  the mourners,  the other boy from the car that day, now an old man who smoked to much and ate to much,  looked down the neatly kept cemetery path and he saw her  standing there, the girl in the pink and white top drinking soda pop from a glass bottle.

Photo by luizclas on Pexels.com 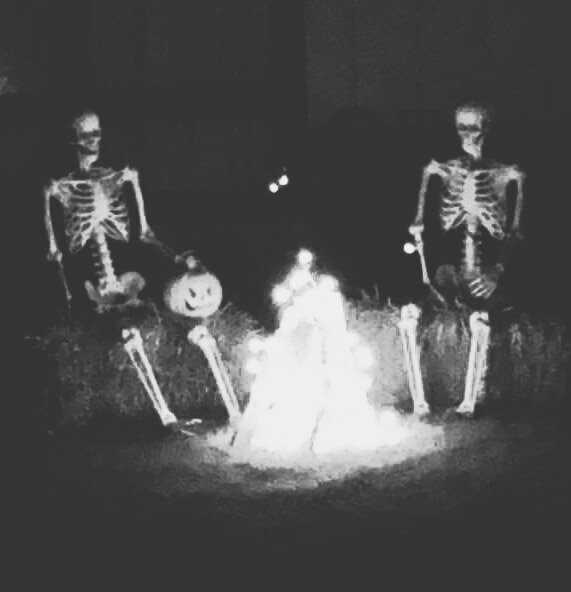 is where the monsters live.

The big ones that only come out at night 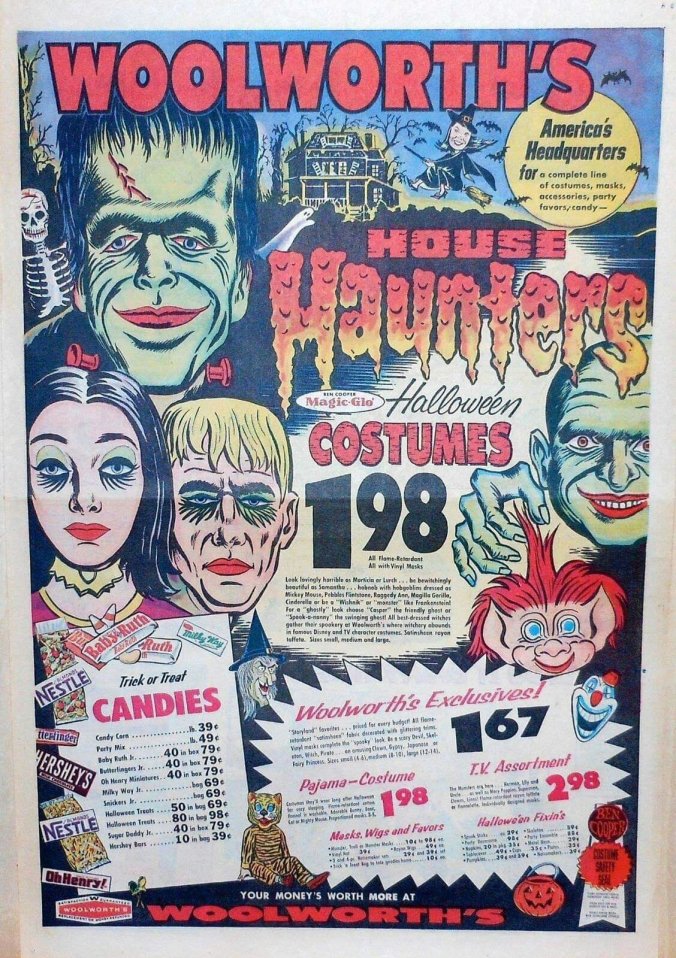 My parents used to take us to either Kmart or Woolworths to choose our Halloween costumes.

I liked Woolworth’s just fine, but I liked Kmart more because they sold popcorn and Icees .

Those delicious  snacks made up for the fact that no one was going to see my costume that I spent HOURS deciding upon because it was always cold and I had to wear a coat and I hated the mask so it ended up on top of my head and it worked it’s way to the back of my head and that little elastic string that went under your chin ended up around my neck where it tried, with great effort to strangle me.

At some point I  did take my mask off and ended up either carrying it or stuffing it into my treat bag- the funny thing is I kept those masks from year to year and I wore them  every single chance I got. I can tell you one thing- my Dad and whichever one of his parents he finagled into Trick or Treating with us weren’t going to carry it for me because that’s not what they were there to do.

I guess they were there to see what treats I got so that they could decide early in the evening which ones they thought looked  ‘ suspicious ‘ and may have been tampered with. I can’t count how many times they saved my life on Halloween night. I come from a family of heroes, let me tell you. 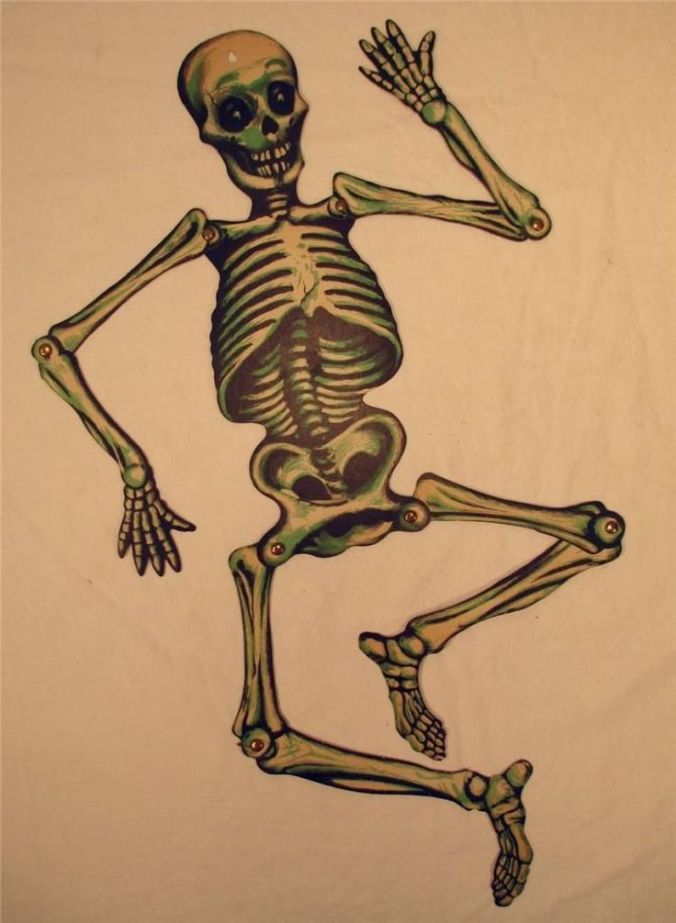 One year I talked my parents into letting me go with my friends, Bonnie and Laurie up and down our street- with the promise that once we did that we would come back to our house and my Dad would take us to the other streets.

That’s right, we lived two doors from a genuine Hippy house where the police brought people home and left them passed out on the lawn. Where one guy used to tell me from behind sunglasses, that had I think colored lenses- ones that he even wore in the dark- to ‘stick it to the man’ on my way to and from Kindergarten in the mornings.

The Hippies had set up a haunted house.

On Halloween night we stood in line and when we got to the door my Sunglass Friend was without Sunglasses because his face was painted up like Frankenstein’s monster.

We stood there staring up at him in all of that greasepaint and in his great costume ( we may have been a little scared to )and promptly forgot what to say.

So Bonnie just held open her treat bag and said ” Thank you. ”

A girl, she was very pretty and always wore black chokers with little flower charms was wearing a dress that looked like something my Grandma would have worn  which I didn’t get then but I get now said. ” Hey, it’s Halloween. What are you supposed to say?”

The lights went on.

I pulled my mask back down, I may have howled like a dog because that’s what I was that year, and I screamed ” Stick it to the man!”

I had to go home after that visit because Frankenstein’s Monster emptied most of the candy from his bowl into my bag.

Costumes are more elaborate now- and I’m pretty sure they’re non-flammable and the masks won’t kill you by strangulation but I have to wonder if that sense of danger coming from our killer costumes and parents who told us that our candy could have been poisoned so they were going to take it and throw it away gave an extra thrill to the night that kids just don’t get anymore.

Halloween is that one night you can put on a mask, be who you want to be and get rewarded for it.

How wonderful is that?

I have been very honest and it is quite apparent in the statements I’ve made here that  I am no artist. I mean, if you could see ( and maybe I’ll show you sometime ) the horrors that I’ve created you’d catch my drift.

But I do like to create things, it’s just not what I had in mind when I started out- you know, it’s like when you think you’ve only tapped something with your car and you get out to check the damage and when you see what you’ve done you almost vomit all over the place- its like that.

Here are some pictures I colored from a color book that had a “vintage” looking Halloween drawings that you can make your own. In the past I’ve even used those puffy paints, glitter, embroidery string and glue in other books. How did it turn out? Well. You won’t be seeing pictures of those efforts anytime soon. But I did dispose of them with dignity and promise to do better next time

I used a combination of gel pens and colored pencils. The Colored pencils are my favorite things to use when I color because you can blend them ( some of them ) like pastels. Anyway, after I was done I ran them through the editor program on my phone and I really loved the results.

And here they are- my little creations, set loose on an unsuspecting world.

Run my little creatures- run as fast as you can! 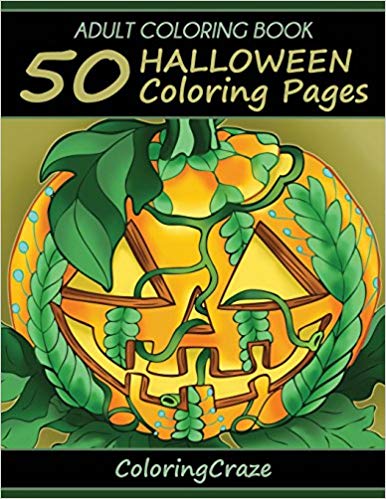 One should never speak ill of the dead.

It really is pointless because they are beyond your anger and ability to shove an ice pick under their eye and fix what vexed them in their small, petty and wasted life.

Still, there is an exception to every rule and today I have found myself in that position.

You my friend are no longer with us.

And I am oh so very glad of it. This little girl is