My Grandfathers didn’t really know each other.

One lived in Seattle, the other in Honokaa, Hawaii.

When I was about 7 they were both in Washington at the same time- and though they didn’t meet up they both told me a story.

In the story they stopped at the side of the road to help a woman- she flagged them down if I remember it right.

My Grandfather Cypriano was pretty clear- the woman was a ghost- a bad one. And he drove off.

My Grandfather Bert, didn’t drive off. He had some sort of conversation with her and it did not go well. I was under the impression she had scared him pretty bad.

They both told me at the end of the story to never stop for this woman- ever. Don’t even talk to her they said.

So this brings me to now

My Neighbor and A Murder of Crows.

I noticed her for the first time two years ago when I had just got my puppy Hamish and  had started walking him everyday because a smart Labrador Pup with too much time on his paws is not a good combination in one  small creature who will grow to be a big dog.

On the day we saw her, were walking up the hill when five or six crows settled down on the fences and wires and some were in the trees. The entire time they were flying in and setting down they were in a rage and at first I thought there may have been an injured one or even a baby crow on the ground but as far as I could see there was nothing.

They were ignoring me and Hamish, they were much interested in what was coming towards us.

She was tiny and petite and blond- she was wearing headphones and jogging- her hair was caught behind her head in a pony tail. I don’t see a lot of joggers in my neighborhood, but the ones who do come through aren’t covered by a cloud of crows dive bombing them each step of the way.

Hamish was about 12 weeks old at the time, so I kept him walking because he was in his jumping up phase  and when she jogged by us she smiled at me and Hamish ran behind my leg and hid. 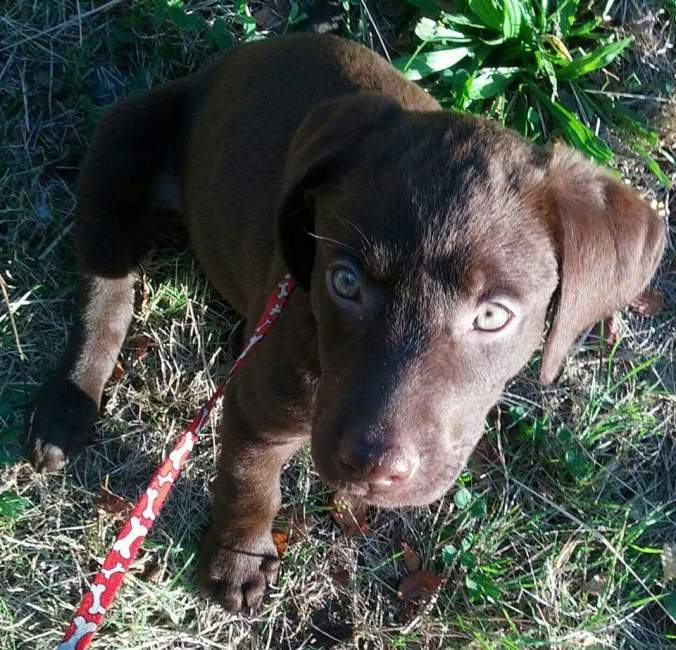 It been over two years since me and Hamish saw The Jogger and The Murder of Crows- we always know when she’s coming because the crows fly ahead of her. Me and Hamish stay on the other side of the street from her and she ignores us, but Hamish always raises his hackles at her and he doesn’t even seem to notice all of the crows which is some trick because there are easily over two dozen of them cawing their lungs out and buzzing around her.

To be honest, the sight of that is disturbing but I’m glad the crows are there.

At the beginning of last  fall me and Luis were walking Hamish when the Jogger came right by us and the crows were there too- of course.  I know Hamish doesn’t like her so I was worried he’d growl or bark. So I was going to move him to my left and just as I did she did she was right next to Luis and Hamish jumped up and pushed Luis away from her.

There were about five crows that had set down on the fence and when they saw Hamish do that, they took off after the jogger and buzzed her – they were literally in her face. They were furious. I had never seen them that angry in two years.

So you might be wondering what the Jogger does when the crows are swarming her- not a thing. She doesn’t wave her arms around or yell ‘shoo’ or anything. She just has a creepy smile on her face. She keeps on jogging.

So what do we think?

Are these events connected?

That’s why I’ve never said a word to her- ever.

Interesting Reading: Crows on Campus– I’ve seen them here and it’s quite a sight when they come in to roost for the night.